Beryl blessed and was blessed. She leaves a strong legacy of commitment and leadership, and we honour her. Beryl Coombe’s involvement with Interserve – what was then the Bible and Medical Missionary Fellowship (BMMF), began in Perth in the 1960s, where a lively group of Christians from several organisations met regularly to pray and spread the challenge of worldwide mission. Later that decade, Beryl’s businessman husband, Sidwell, was transferred back to Melbourne for work. Thus began Beryl’s official activities with the Fellowship.

She was ever enthusiastic, serving from the heart – using the gifts and skills God gave her in hospitality, finance, business and people-interest.

Beryl had married into a family strongly connected with Northern India and Nepal, and with BMMF. In Melbourne, they had faithfully prayed since 1911 for the door to Nepal to open, while others served on the neighbouring borders, waiting. They were rewarded in the 1950s when a pioneering team entered Nepal.

She made lasting relationships across the Interserve world.  The peak of her service was prior to the advent of digital communication and the associated risks for our people serving in sensitive areas. She was therefore able to communicate more freely names of people and details of ministries from the most remote areas (some of which were sensitive even then) through to the International Office thus casting a vision for God’s mission with credibility and passion.

Her contribution however was also to bring rigor. To borrow another’s words, “Beryl had the ability to ask questions that ought to be asked but which others did not ask”. Her sharp financial and business mind matched her warm interest in people, and this assisted the Fellowship to operate on sound principles, both in Australia and internationally.

Hospitality was another forte: she excelled in hosting large gatherings and individual guests, especially the many international guests who visited Melbourne for ministry. Interserve was a high priority for Beryl.  She called it, “our Mission”.  She gave much – and as God says, “A generous person will prosper; they who refresh others will themselves be refreshed”.

Beryl blessed and was blessed. She leaves a strong legacy of commitment and leadership, and we honour her. 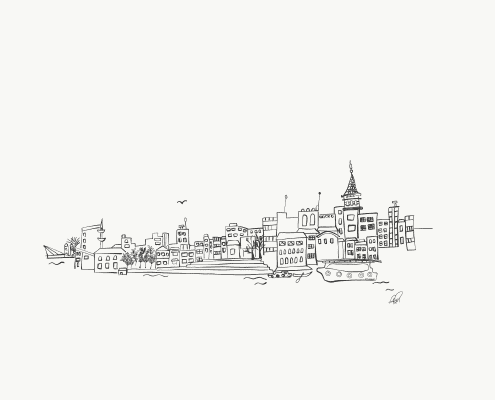