The test of Easter 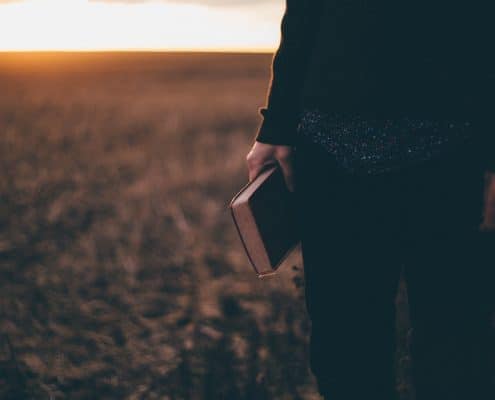 The ‘test of Easter’ was made very clear to us several years ago when we were confronted by a crisis that challenged us to question whether we would surrender completely to Jesus.

Did we really believe that for us to live is Christ and to die is gain? We had wholeheartedly believed this when we were first sent overseas but within the space of several years we had drifted into comfort and complacency. It took a series of abnormal events in the space of one week for us to be led back to complete surrender and dependence on God. This is how the week unfolded:

Monday: I was already feeling anxious. My mum back home was having major surgery with a significant risk that she may not pull through the operation.

Tuesday: I was on my way to work when a bomb exploded 200 metres away while I was getting on a bus – unusual!

Wednesday: A like-minded foreigner was attacked in a nearby city – we felt shocked and numb.

Thursday: Now there was a general threat made that foreigners would be targeted in our city, the first such public threat we had seen in five years.

Friday: Uneventful but memorable as we cared for 10 children of local believers while their parents went to a conference – this in a city where a few years ago there were only about five followers who didn’t meet together.

Saturday: We were warned of intelligence that something was being planned against foreigners, somewhere in the country.

Sunday: I received a call to say a foreign friend had been murdered for being a Christian. I sat shell-shocked. All I could think about was my friend’s wife, putting her kids to bed that night telling them that Daddy wouldn’t be home and that he was living with Jesus. What if one day, simply because we had been serving here, my wife would have to do the same? We still felt we should stay.

Late Sunday night: A local friend told me of a leaflet being distributed throughout my neighbourhood calling for violence against foreign Christians and specifically against a person from my home country. There were very few other Westerners in my city, and certainly no others of my nationality. My already high stress levels exploded. With our trigger point of ‘direct, personal threat’ met, the decision was black and white for us – evacuate and re-evaluate. Thirty-six hours later and with no sleep, we were at the airport suddenly having no home and not knowing if we could ever come back.

We had already learnt not to regard our ministry or the country we lived in as an idol. Yet it still didn’t really make sense – why now? Our Regional Director wrote, “We do not understand how, in such a situation, evil can appear to triumph. Your ministry has been growing and developing so well, and so this seems to be so wrong. We know that He is still Lord, even when everything seems to say otherwise.”

While waiting for several weeks in exile in a nearby country, God spoke to us personally through several passages of Scripture. Celebrating Easter at the same time of personal trial and suffering brought new richness to the amazing sacrifice that the Lord had made and a timely reminder that we need not fear death since “It is no longer I who live; but CHRIST who lives IN ME!” (Galatians 2:20, emphasis mine).

For me the test of Easter was to seriously ask if I really wanted to know Christ and the power of his resurrection AND the fellowship of His sufferings (Philippians 3:10-11).

I felt challenged that I needed to stop ‘doing’, refocus and reconnect with WHO He is.

Throughout this crisis experience, the Lord had been reminding me how ‘Peter-like’ I was, that is, enthusiastic but not trusting. Like Peter (in Matthew 14:22-32) who at first didn’t focus on the waves, I hadn’t paid much attention to the wind or the waves of the declining security situation. Peter didn’t consider them at all when he simply stepped out of the boat after recognising and trusting Jesus, who urged him to take courage and not be afraid. So Peter walked on the water. In many ways, I found the stepping out in faith the easier thing, until the waves of uncertainty and the winds of unrest consumed my focus and down I went, like Peter, drowning with stress and anxiety.

Time after time, we were challenged that if we truly trusted Jesus we did not need to be concerned about how and where He was leading us. The security risks surrounding us were very real, but when we focused on them we were increasingly overwhelmed. So I keenly felt Jesus’ rebuke, ‘why did you doubt?’ (Matthew 14:31). We could not change what was happening around us, we just had to keep our eyes on Jesus and rely completely on Him.

By keeping it this simple I found that I could start to de-stress and get balance back into my life. And I realised that what had been competing with my true devotion to Jesus was not actually the security situation but something far more subtle: it was the service that I was trying to do for Him.

The true test of Easter was to surrender ALL I have and ALL I am to Him and to trust that He would then equip me to do ALL he requires of me – for however long I may serve that purpose. We constantly examined ourselves to make sure that the reason for wanting to return was not to prove a point or to meet a challenge or any other selfish motivation but rather because the ‘love of Christ compels us’ (2 Corinthians 5:14). We needed to come back to the core reason we have been sent out – HIS LOVE for all people. And then nothing could hinder our serving others.

We felt we should prepare to return in complete dependence on God. I started to understand it is NOT about what we will do or where we will live; it is simply about WHO HE is. I was challenged to simply OBEY and leave all the consequences to Him, without conditions. I realised we had been called to a life of faith, NOT of understanding and reason. We felt blessed to be able to return to the country and home that we had felt we may never be able to return to. But this time it was with complete dependence on God, not on ourselves. God had allowed a time of stress, trial and challenge in our life to gently remind us to take our eyes off the waves and fix our eyes on Him.

The author is an Interserve Partner in our international fellowship.

“With our trigger point of ‘direct, personal threat’ met, the decision was black and white for us – evacuate and re-evaluate. Thirty-six hours later and with no sleep, we were at the airport suddenly having no home and not knowing if we could ever come back.”

“I started to understand it is NOT about what we will do or where we will live; it is simply about WHO HE is.” A Christmas Prayer for Kings